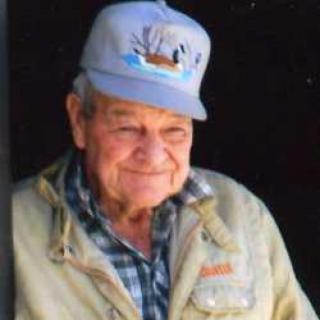 Memorials: To the Leroy Burg memorial fund to be established by the family.

Leroy George Burg was born on February 4, 1931 in Massena, Iowa to George Conrad and Mary Francis (Kordick) Burg. He passed away September 2, 2011 at the Clarke County Hospital in Osceola, Iowa at the age of 80.

Leroy was a farmer and lived on the family farm outside of Bridgewater. He enjoyed watching westerns, farming, carpentry, fishing, hunting, woodworking, collecting antiques and especially loved spending time with his children and grandchildren.

Leroy was a member of St. Patrick's Church in Massena. He served his country in the Army during the Korean War. He was in the motor pool division where he worked as a mechanic.

To order memorial trees or send flowers to the family in memory of Leroy Burg , please visit our flower store.
Send a Sympathy Card