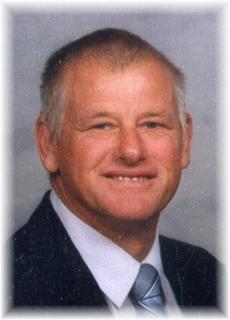 Funeral Services: Will be held on Saturday, August 24, 2013, at 10:30 a.m. at the Massena Baptist Church in Massena with burial in the Massena Township Cemetery, north of Massena with full military graveside rites by the Anita American Legion Post No. 210. Pastor Jim Long will officiate the service.

Visitation: Will be held on Friday, August 23rd from 2 to 8 p.m. at the Steen Funeral Home in Massena.

Family Visitation: The family will greet friends on Friday, August 23rd from 6 to 8 p.m. at the Steen Funeral Home in Massena.

Memorials: Memorials may be made to the Leroy Schwenke memorial fund to be established by the family.

Leroy Arthur Schwenke was born January 22, 1932, the son of Arthur and Mable (Karas) Schwenke in Massena, Iowa. He passed away on Wednesday, August 21, 2013, at the Atlantic Nursing and Rehab in Atlantic, Iowa, at the age of 81.

Leroy was raised in Massena and graduated from Massena High School. He served his country in the United States Army. On February 5, 1956, he was united in marriage to Janet Ann Jones in the Calvary Baptist Church in Walnut, Iowa. To this union six children were born: Leanne, Susan, Jeff, Janalee, Bruce and Trisha.

Leroy was a farmer and had worked at various places including CMB Grain Elevator, Lumber Yard, Gas Pipeline, American Beef, American Builders, Gummi Bear, Glacier and was a handyman. He enjoyed woodworking, gardening, kids and grandkids and traveling. He was a member of the Massena Baptist Church, Massena Legion, was a Massena Volunteer Fireman, Boy Scout leader and AWANA leader.

To order memorial trees or send flowers to the family in memory of Leroy Schwenke , please visit our flower store.
Send a Sympathy Card