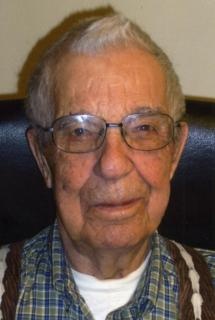 Funeral Services: Will be held on Thursday, January 5, 2017, at 10:30 a.m. at the Massena United Methodist Church in Massena with burial in the Massena Center Cemetery. Full military graveside rites will be conducted by the Anita American Legion Post No. 210. Pastor Mark Millikan will officiate the service. A luncheon will be held at the church following the services at the cemetery.

Family Visitation: The family will greet friends on Wednesday evening from 6:00 p.m. to 8:00 p.m. at the Steen Funeral Home in Massena.

Memorials: To the Lewis Chapman memorial fund to be established by the family at a later date.

Lewis was one of ten children and was raised and went to school in the Massena area. After he graduated from school, he worked with his father farming and at the lumber yard in Massena. He joined the Air Force in March of 1952 and was stationed at Ellsworth Air Force base in Rapid City, South Dakota. Lewis was sent to Korea after basic training and received an honorable discharge after four years of service. Helen May Mennes had caught his attention while in South Dakota and the two were married on January 19, 1954. After his tour of duty Lewis and Helen moved to the Massena area and started farming. They raised three girls, Debbie, Etta and Sharie. After farming for a few years Lewis and Helen moved to Florida for a while but returned to Iowa where he worked for the Cass County Landfill until his retirement in 1991. Lewis and Helen lived in the town of Wiota after his retirement.

He was a life member and past commander at the American Legion Post No. 210 in Anita, Iowa and enjoyed helping with bingo on Saturday nights. He enjoyed hunting, fishing and helping his son-in-law Joel farm and was the biggest prankster around, he certainly had a great sense of humor.

To order memorial trees or send flowers to the family in memory of Lewis Chapman , please visit our flower store.
Send a Sympathy Card