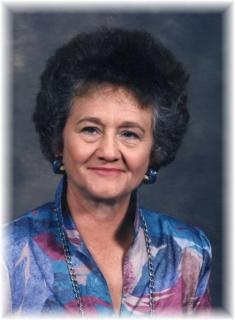 Funeral Services: Will be held on Tuesday, August 7, 2012, at 1:30 p.m. a.m. at the Fontanelle United Methodist Church with burial in the Fontanelle Cemetery.

Memorials: To the Fontanelle United Methodist Church or to the family to be decided at a later date.

Linda Lou Purdy Jensen was born at the farm home west of Canby on August 15, 1933 the sixth child of nine children to Sherman Floyd and Muriel Augusta Pierce Purdy.

The family moved to Orient where she attended school until March of 1947 when the family moved south of Fontanelle. Linda attended school in Fontanelle graduating in 1952. She attended Iowa State Teachers College for two years and returned home to begin her teaching career at Summerset No. 8 country school. Later she received her degree from Drake University. She taught in Fontanelle and Greenfield and retired June, 1993. She was employed most recently and enjoyed her work at the Fontanelle Library.

Her first love was her family. She was a devoted wife and mother.

Linda was a long time member of the Fontanelle Methodist Church. She was a church lay leader, organized many church events, and provided food for many events. Wow-her cream puffs and creamed peas. Whenever there was need for community assistance she was there to help. Her great grandchildren called her "Grandma Apple Pie" because she loved helping them pick apples, make the crusts, slice the apples and bake the apple pies.

She was preceded in death by her son David, in infancy, her parents, Floyd and Muriel Purdy, her in-laws Roy and Lole Jensen, brothers, Ron Purdy, Tom Purdy, Dallas Purdy, Jim Purdy and sister Jean Weed.

To order memorial trees or send flowers to the family in memory of Linda Jensen , please visit our flower store.