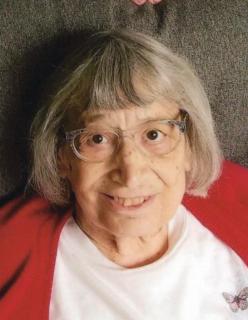 Funeral Services: Will be held on Tuesday, September 3, 2019, at 10:30 a.m. at the First Baptist Church in Cumberland, Iowa with burial following in the Massena Center Cemetery. A luncheon will follow the burial at the Cumberland Fire Department.

Family Visitation: The family will greet friends on Monday evening from 5:00 p.m. to 7:00 p.m. at the Steen Funeral Home in Massena.

Memorials: Memorials may be made to the Linda Whipple memorial to be established by the family at a later date.

Linda Mae Whipple was born September 15, 1938, the daughter of Frank Fernando and Clara Elaine (Lemon) Sheffer in Weston, Wisconsin. She passed away at her home in rural Massena, Iowa, at the age of 80.

Her family moved to Rapid City, S.D. when Linda was 4 and she spent most of her life there. She graduated from Rapid City Central High School in 1957. Four days later she was united in marriage to Leroy Whipple on June 9, 1957. To this union four children were born: Sherry Lynn, Leroy Alan, Miriam Kae and Isaac Walter.

Linda received Jesus as her Savior in February of 1966. She worked for child evangelism fellowship telling children of Jesus through Good News Clubs, 5 Day Clubs and Joy Clubs. She worked in the Awana program for 34 years. She earned the Awana Citation award, taught Sunday School, sang in the Rapid City Choral Club and the church choir, served as church treasurer, pianist, and sang many specials. She was the church janitor at several church’s they attended also. She had a love for children and wanted them to know about God. She traveled with her husband who was in the military.

She was preceded in death by her parents and brother, John Charles Sheffer.

To order memorial trees or send flowers to the family in memory of Linda Whipple , please visit our flower store.
Send a Sympathy Card