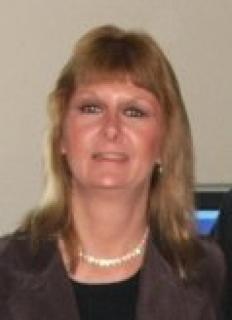 Open Visitation: Friends may call at the Steen Funeral Home in Greenfield on Wednesday from 12:00 p.m. to 8:00 p.m.

Lisa Anne Ergish (Tiedke) was born to LeWayne and Patricia (Anderson) Tiedke on July 12, 1963, in Milwaukee County, Wisconsin. Surrounded by her family, Lisa passed away on Thursday, September 3, 2015, at Mercy Medical Center, Des Moines, Iowa at the age of 52.

Lisa was raised in Kenosha, WI. She attended Kenosha Unified School District and received her GED from Gateway Technical College. She gave life to two daughters Jamie Schonscheck on June 17, 1982, and Jessica Schonscheck on June 21, 1990 . She met Tim Ergish in Kenosha in 1998. Lisa and Tim moved to Greenfield, IA in March 2000 and began a fifteen year career with Cardinal IG, Greenfield, IA. Lisa and Tim were married at their home on July 11, 2014.

While Lisa loved gardening, flowers, and yardwork, visits from her grandchildren brought her the most joy. She was an frequent poster to facebook and spent many hours playing Yahtzee. She could be found dancing around her house listening to music from the ‘70’s. From a pair of african grey parrots (Kizzy and Kunta), that would call her name and mimic her laugh, to the multitude of cats and dogs that were a constant part of her life, Lisa had a life long love of animals. She even got mad at Tim for preventing her from caring for a rat that had taken refuge in their garage. Lisa also had a passion for cooking and enjoyed frequent road trips with her husband.

To order memorial trees or send flowers to the family in memory of Lisa Ergish , please visit our flower store.
Send a Sympathy Card