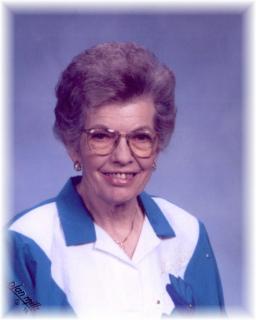 Memorial services will be held at 11:00 am Thursday, February 20 at First United Methodist Church in Wahoo, Nebraska with the Rev. Dr. S. Eric Ford officiating.

Interment will be Saturday, February 22 at 1:00 pm at Greenfield Cemetery in Greenfield, IA.

She was born November 9, 1922 at Casey, IA to Carl and Bertha (James) Jensen. On November 28, 1940, Lora married Francis Nungesser in Des Moines, IA. They lived in Eagle Rock, Missouri where they were members of All Faith Methodist Church for 22 years. In 2003, they moved to Mead.

Lora worked for many years as a laboratory technician. Some of her past times included crafts and bridge. She and Francis enjoyed travelling to various parts of the world.

To order memorial trees or send flowers to the family in memory of Lora Nungesser , please visit our flower store.
Send a Sympathy Card