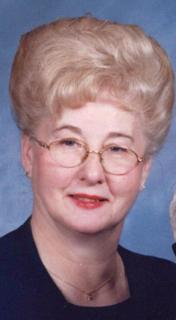 Funeral Services: Will be held on Saturday, September 21, 2019, at 10:00 a.m. at the United Methodist Church in Greenfield with burial at the Greenfield Cemetery. A luncheon will be held at the church following the committal services at the cemetery. Pastor Eric Schubert will officiate the service.

Family Visitation: The family will greet friends on Friday evening from 5:00 to 7:00 p.m. at the Steen Funeral Home in Greenfield.

Memorials: To the Loretta Grasty memorial fund to be established by the family at a later date.

Loretta Rae Grasty was born March 12, 1933, the daughter of Donald and Madge (Thomas) Stever in Macksburg, Iowa. She passed away on Wednesday, September 11, 2019, at the Mercy Medical Center in Des Moines, Iowa, at the age of 86.

Loretta attended school in Macksburg until the family moved to Orient, Iowa. After one year in Orient they moved to the home place in Harrison Township where she attended school at Harrison No. 7, a one-room schoolhouse, until graduating from 8th grade. To avoid having to walk two miles to the nearest school bus stop, her parents enrolled her in the Macksburg school having her stay with her grandparents, Frank and Bessie Doty. She graduated valedictorian of her high school class in May of 1951. That fall, she enrolled as an art student at Drake University.

On February 3, 1952, she was united in marriage to Robert Grasty at the Webster Church in Madison County, Iowa. They started farming near Orient and their only child, David Lee was born. They purchased a farm of their own two years later that they farmed for over 40 years. Loretta continued to work on the farm while pursuing her art career and conducting agricultural surveys for the USDA.

Loretta began her art career by teaching art and pottery classes in Fontanelle for a few years and then began instructing at the Winterset Art Center on a regular basis until retirement. Loretta enjoyed taking part in the Madison County Covered Bridge Festival, where she created charcoal portraits for patrons. She also converted an old wash house on her property into an art shop, called Grandma's Wash House. There, she sold pottery and other artwork while she looked after her grandson.

During Loretta's career as a professional artist, she created custom portraits and other art works, including a portrait for a US Senator. She also donated her art. Some of her portraits can be seen in rural churches and have been featured in several newspapers in the region.

When Loretta and her husband moved to Greenfield and retired, Loretta became more active in church choir, bell choir, and performed many harp solos.

After her husband's passing in December of 2017, Loretta moved to Madison Square Assisted Living in Winterset. In her time there, she took pride in caring for her patio flowers and bird watching. Loretta received daily care and supports from her grandson Matt. She looked forward to regularly seeing her great grandchildren, Ryan and A.J., and enjoyed her frequent visits and conversations with her son David about his over the road adventures.

She was preceded in death by her parents; husband, Robert Grasty in 2017; sister, Annette Chovanic; and brother, Don Stever: granddaughter Monica Grasty.

To order memorial trees or send flowers to the family in memory of Loretta Grasty , please visit our flower store.
Send a Sympathy Card