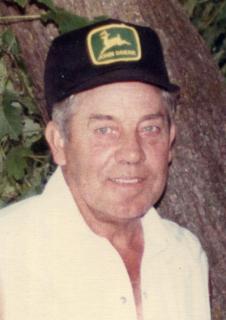 Funeral Services: Will be held on Thursday, December 31, 2015,, at 10:30 a.m. at the Emmanuel Lutheran Church in Fontanelle with burial in the Fontanelle Cemetery. Pastor Steven Broers will officiate the service. A luncheon will be held at the church following the burial.

Open Visitation: Will be held on Wednesday, December 30th, from 12:00 p.m. to 8 p.m. at the Steen Funeral Home in Fontanelle.

Family Visitation: The family will greet friends on Wednesday evening at the Steen Funeral Home in Fontanelle from 6 to 8 p.m.

Memorials: To the Louis Baudler memorial fund to be established at a later date.

Louis Ernest Baudler was born on December 10, 1931, to Peter Ernest Baudler and Lizzie Sophia Christine (Lorenz) Baudler in Fontanelle, IA, on the family farm. He graduated from 8th grade country school in the rural Fontanelle area and completed his GED in later years. He was baptized and a member of the Emmanuel Lutheran Church in Fontanelle. On July 10, 1955, he was united in marriage to Betty Louise Christensen. To this union, two children were born: Marilyn Lavon Baudler and Clifton DuWayne Baudler. Together, they raised their family on the farm north of Fontanelle. This year marked their 60th wedding anniversary.

Louis thoroughly enjoyed farming with his family and using his hands to design anything and everything. He milked cows, raised hogs, fed cattle, and worked the land producing crops throughout his lifetime. Building wooden items and constructing feedlots with his son brought him joy. His prize accomplishment was drawing the blueprint to scale of his current home on Jefferson Street in Fontanelle.

His grandchildren (Elizabeth Christine, Benjamin Joshua, and Bradley Aaron) were very special to him. It wouldn’t be uncommon to find Louis taking them fishing on a hot summer afternoon or teaching them to drive the pickup across the rough pasture. He delighted in attending all of their sporting events (as he, himself, played baseball in earlier years) and loved seeing their 4-H livestock projects at the county fair.

Nature intrigued him endlessly. Driving Marilyn around Fontanelle in his golf cart to observe the changing seasons made for some exceptional memories. He would feed the squirrels and watch birds for hours. During his younger years, hunting was a pastime he found enjoyable. He appreciated all the flowers growing on the farms in the spring and summertime and encouraged Betty to continue planting them at their house in town. A day never went by that you wouldn’t hear him talking about an animal or plant he had seen. There was always a story to tell.

To order memorial trees or send flowers to the family in memory of Louis Baudler , please visit our flower store.
Send a Sympathy Card