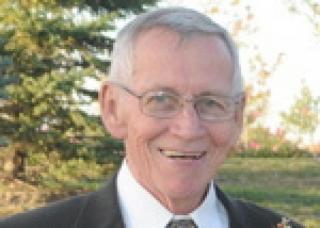 Loyd Eugene Lilly passed away on Monday, March 31, 2015 at his home with family by his side.

Celebration of Life Services: Will be held on Saturday, May 23, 2015, at 10:00 a.m. at the Orient United Methodist Church, 124 S. Maple Street, with burial in the Orient Cemetery. A luncheon will follow the committal service at the church. Pastor Cathy Nutting will officiate the service.

Loyd was raised and educated in the Orient and Greenfield area. He graduated from Orient Consolidated High School with the class of 1958. On July 22, 1960, he was united in marriage to Alice Gregoski in Omaha. To this union three children were born: Lavon, Denise and John. Loyd was very successful in sales in his career as well as other interests later in life. He was a true craftsman and animal lover. His passions included his family, woodworking, football (Dallas Cowboys and Nebraska Cornhuskers), technology and television as well as his beloved pets.

He was preceded in death by his parents; brother, Ed Lilly; and sister, Gertrude Weaver.

To order memorial trees or send flowers to the family in memory of Loyd Lilly , please visit our flower store.
Send a Sympathy Card