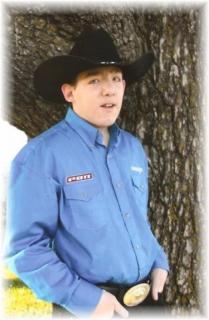 Funeral Services: Will be held on Friday, December 20, 2013, at 10:00 a.m. at the United Methodist Church in Greenfield with burial in the Carl Cemetery, rural Corning, Iowa. A luncheon will follow the burial at the church. Pastor Eric Schubert will officiate the service.

Lucas Jon Sweeney was born December 9, 1990 in Creston, Iowa to Jon and Debora (Shires) Sweeney. He passed away at the age of 23 at the Adair County Memorial Hospital in Greenfield, Iowa on December 16, 2013.

Lucas lived in Lenox, Iowa until moving to the farm near Prescott in 1995. He attended school in Prescott and Creston before moving to Fontanelle in 2001. Lucas graduated from Nodaway Valley High School in 2010.

As an avid race car fan, Lucas was a regular at Adams County Speedway on Saturday nights. He enjoyed NASCAR and was able to meet Carl Edwards at Greenwood, NE while attending a racing event with his Dad. He loved to attend tractor pulls during the summer. In the winter months, he had tractor pulling videos to watch until the new season began. Lucas had a special gift for putting puzzles together and has framed a few of his favorites.

Lucas was a competitor. He was involved in Special Olympics and enjoyed participating in bowling, basketball, cycling and track and field. Attending Camp Sunnyside was especially important to him, and he always came home with stories to share.

This past year Lucas was able to accomplish many of his dreams. He was able to fly for the first time to visit his grandparents in Texas, rode a horse on the beach, learned how to rope, attained a golf-cart driver’s license, went Black Friday shopping, and attended several country music concerts.

Lucas never met a stranger and always had plenty of time to visit and share a story or two. He especially had a deep love for his nephews and niece and enjoyed helping with them and the times they spent together.

He was preceded in death by his father Jon Sweeney; paternal grandparents Bill and Marge Sweeney; and cousin Shane Sweeney.

To order memorial trees or send flowers to the family in memory of Lucas Sweeney , please visit our flower store.
Send a Sympathy Card