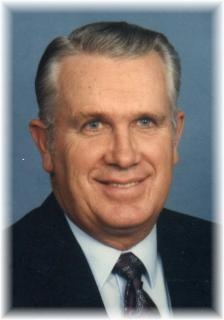 Memorial Services: Will be held on Saturday, September 7, 2013, at 11:00 a.m. at the Fontanelle United Methodist Church. Pastors Phil Webb and Cathy Nutting will officiate the service. A luncheon will be held at the church immediately following the memorial service.

Memorials: To the Lynn Christensen memorial fund to be established by the family at a later date.

Lynn Frank Christensen, the son of Frank and Bessie (Stier) Christensen was born December 19, 1937, in Atlantic, Iowa. He passed away on Tuesday, September 3, 2013, at the Iowa Methodist Medical Center in Des Moines, Iowa, at the age of 75.

Lynn was raised and attended country school in Cass County and graduated from Adair High School in 1956. He served his country in the National Guard for eight years. On September 18, 1960, he was united in marriage to Sharon Kluever in the United Methodist Church in Anita, Iowa. To this union three children were born: Annette, Kevin and Colleen. They lived in Clarinda, Atlantic and Fairfield where he was a branch manager for Skelly Oil company. In 1970, they started farming in the Bridgewater-Fontanelle area. He also worked for McNess Feed for several years. He loved operating machinery on the farm, especially during the spring and autumn seasons. In 2009, they sold the farm and moved to Indianola.

Lynn and Sharon enjoyed dancing, camping, boating, playing cards, meeting new people and just having a good time. Lynn loved to collect farm toys and Kent Feed collectibles. He enjoyed trying to find new items for his farm toy collection. In his earlier years he enjoyed fast cars and picking up cute blondes in alley ways. He enjoyed spending time with grandchildren and family. He also had fun going to the Iowa State Fair, county fairs, Adventureland and attending his kids and grandkids activities.

He was preceded in death by his parents; mother and father-in-law, Ida and Ray Kluever; brother-in-law, Jack Nalevanko; and brother and sister-in-law, Duane and Shirley Kluever.

To order memorial trees or send flowers to the family in memory of Lynn Christensen , please visit our flower store.