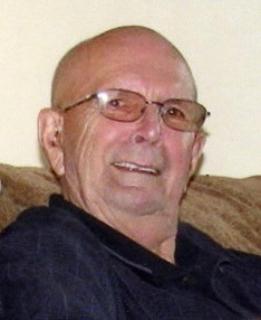 Funeral Services: Will be held on Monday, October 9, 2017, at 10:30 a.m. at the Fontanelle United Methodist Church in Fontanelle. Pastor Cathy Nutting will officiate the service. A luncheon will be held at the church immediately following the services. Burial will be in the Oakwood Cemetery in Casey following the luncheon.

Family Visitation: The family will greet friends on Sunday at the Steen Funeral Home in Greenfield from 2:00 p.m. to 4:00 p.m.

Memorials: May be made to the Fontanelle United Methodist Church or to the Alzheimer’s Association.

Manley Burris Young passed at his home in Greenfield Oct 4th 2017 at the age of 89 years 5 months and 22 days. Manley was born April 12th 1928 at home north of Prescott, IA to William Burris Young(Bert) and Mildred Helen Hubatka Young. He grew up in the Greenfield area attending school there thru the first half of his freshman year and graduated from Casey High School in 1946. Manley attended Creston Community College for a short time and then farmed with his Dad thru 1950.

On June 25th 1950 he was united in marriage to Velta Mary Cline at the Casey United Methodist Church Casey, IA. To this union two children were born David Manley, July 1952 and Kathy Diane, March 1955.

In 1951 Manley and Velta moved to a farm south of Adair, IA that his Dad had purchased in Eureka township. The following year they moved to the Oddy place west of Casey where David was born in July 1952. In January of 1953 they moved to the Courtney farm in Eureka township where Kathy was born in 1955 and lived there until January of 1970 when they moved to Fontanelle. During this time Manley served as 4-H leader for the Eureka Eagles 4-H club, an Adair County Extension Council member, and sold Dekalb seed corn.

Manley drove truck for Keith Taylor Trucking while still farming and for a time after moving to Fontanelle. He then worked for Nixon Feeds in Greenfield until buying his own truck and trailer in 1972 when he began hauling grain to Chicago and steel back to Iowa, Nebraska, and Colorado. From 1972 to 1990 he owned operated his own truck and trailer and was leased to different carrier’s (Wenger Truck Line, Beaver, IA - Viener Truck Line, Emerson, IA - Ryder Ranger Division, Jacksonville, FL). During this time, he hauled grain, steel, machinery, building materials, cow hides, soybean meal, potatoes, onions, and just about anything that could be put on a flatbed trailer or in a flatbed trailer with sides or in a hopper trailer. In 1990 he sold out and went to work for G&H Freight Line Greenfield, IA. In 1993 he once again purchased his own truck and leased to Debrick Truck Line of Paoli, KS (pulling their van trailer this time). When he did finally sell out again he still drove part time saying that driving a truck was the easiest thing in the world for him to do.

Manley and Velta loved spending part of each winter in South Texas, which Manley continued to do after Velta was unable to go with him. He prided himself for always driving himself there with his last trip being in early 2017, just before he turned 89. He was a devoted husband who took great care to make sure Velta was always well taken care of during her long struggle with Alzheimer’s disease.

Over the years he made a multitude of friends all over the country. He was always ready to help someone in need. He loved to visit with friends, family or just casual acquaintances whether it be over a cup of coffee, a cold beer, a hot meal, at an auction, on a loading dock, sitting in a grain line, or leaning on a fence post. He could always find something to talk about. He touched many lives and will be missed by all who knew him.

To order memorial trees or send flowers to the family in memory of Manley Young , please visit our flower store.
Send a Sympathy Card