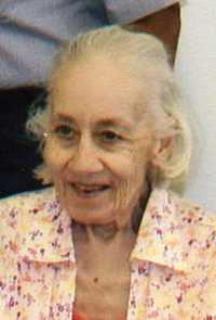 Graveside Services: Thursday, February 17, 2011, at 2:00 p.m. at the Fairview Cemetery, Rural Stuart with pastor Ernest Baiotto officiating. There will be coffee and cookies served following the graveside service at the Fairview Church.

Family Visitation: Wednesday evening from 5:00 p.m. to 7:00 p.m. at the Steen Funeral Home in Greenfield.

Memorials: To the Fairview Congregational Christian Church, the Freedom Rock, or to the family.

Margaret was raised and grew up around Orient. She graduated from Orient High School in 1950. On January 21, 1951, she was united in marriage to Don Draman in the Jefferson Center United Methodist Church, rural Adair County, Iowa. To this union four children were born: Dennis, Debra, Duane, and Valerie. They lived all of their married life in Grove Township. She enjoyed birdwatching and feeding her birds, watching and feeding the squirrels and other critters.

She was preceded in death by her parents; husband, Don Draman in 1981; and infant son, Dennis.

To order memorial trees or send flowers to the family in memory of Margaret Draman , please visit our flower store.
Send a Sympathy Card