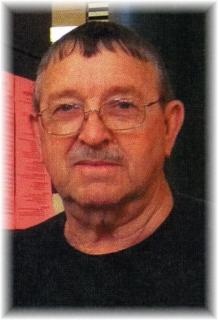 Funeral Services: Will be held on Tuesday, February 19, 2013 at 10:30 a.m. at the Greenfield United Methodist Church with burial at the Greenfield Cemetery. Pastors Charles Layton and Charles Gilbert will officiate the service.

Memorials: To the Greater Regional Hospice Home in Creston.

Marion Benton was born January 3, 1938, the son of Wayne and Blanche (Cowden) Benton in Guthrie County, Iowa. He passed away on Saturday, February 16, 2013, at the Greater Regional Hospice Home in Creston, Iowa, at the age of 75.

Marion was raised on a farm in Adair County and graduated from Greenfield High School in 1957. He was united in marriage to Ardith Roberts on February 2, 1957, in Creston, Iowa. To this union three children were born, Roger Wayne, Rory Eugene and Rita Louise. They lived in Greenfield all of their marriage.

Marion was employed by Wayne Roberts at Roberts Produce until 1964, then he purchased and operated the produce until 1975. He continued to purchase furs and wool until 1986. Then due to his health he became employed by the Adair County Fair Board as caretaker. Marion enjoyed working with all the people he supervised, especially the youngsters he hired. He treasured time with his family, especially his grandchildren helping to raise them, buying antiques, fishing, sales and auctions.

To order memorial trees or send flowers to the family in memory of Marion Benton , please visit our flower store.