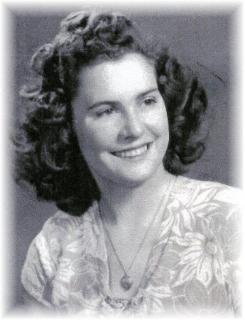 Funeral Services: Will be held on Monday, June 3rd, 2013 at 10:00 a.m. at the Orient United Methodist Church with burial in the Greenfield Cemetery. Mr. Phil Price will officiate the service. A luncheon will be held at the church following the committal services at the cemetery.

Family Visitation: The family will greet friends on Sunday from 4 p.m. to 6 p.m. at the Steen Funeral Home in Greenfield.

Memorials: In lieu of flowers memorials may be directed to the Orient Plymouth Congregational Church or to the Greater Regional Hospice Home in Creston.

Marjorie Ann Killion was born August 14, 1930, the daughter of Charles Thomas and Mary Belle (Holmes) Clayton in Berea, Nebraska. She passed away on Wednesday, May 29, 2013, at the Greater Regional Hospice Home in Creston, Iowa, at the age of 82.

Marge grew up in Nebraska, California and Richland, Iowa and finally residing in the Orient area in 1937. She graduated from Orient High School in 1947. On November 9, 1947, she was united in marriage to Dale Killion in Fontanelle, Iowa. To this union five children were born: LeRoy, Kathryn, Richard, Dennis and Kristy. Marge was a farm wife and had worked at the Leader Grocery, Tubby Moyer’s Store, H & H Harris Drugstore and was a house maid for Dr. Bowers. She retired in 1992.

Marge loved quilting, crocheting, gardening, flowers, watching high school sporting events (especially softball games) and she loved to read. She was an excellent cook, avid Iowa Hawkeye fan and her pride and joy were her grandkids. She was a member of the Orient Plymouth Congregational Church, where she taught Sunday School, was in the book club at the Orient library and was a 4-H leader.

She was preceded in death by her parents and two brothers, Charles and Frank Clayton and wife Irene.

To order memorial trees or send flowers to the family in memory of Margorie Killion , please visit our flower store.
Send a Sympathy Card