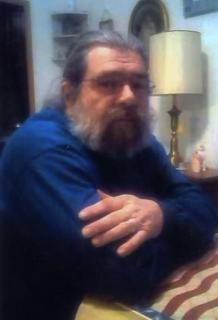 Celebration of life Services: Will be held on Tuesday, March 19, 2013 at 10:30 a.m. at the Cumberland Community Building in Cumberland, Iowa. A luncheon will immediately follow services. Burial will be held after the luncheon at the Canby Cemetery, rural Fontanelle with full military graveside rites by the Fontanelle American Legion Carlson Post No. 247.

Memorials: To the Mark Heckman, Sr. Memorial Fund to be established by the family at a later date.

Mark was raised and educated in the Fontanelle area. He graduated from B-F High School in Fontanelle with the class of 1966. He entered the Army in 1967 and served two tours of duty in Vietnam. On June 16, 1969, he was united in marriage to Rae McDowall in Anita, Iowa. To this union four children were born, Mark, Jr., Karen, Chery and Tanya.

Mark had lived in Greenfield, Massena and in 1987 moved to Cumberland. He worked as a master mechanic for John Deere. He worked for McCunns John Deere in Greenfield and Massena from 1970 to 2006 and then for A&M Green Power in Massena from 2007 to 2013 a total of forty three years. He took great pride in working with John Deere equipment. He was a Boy Scout leader for a number of years and had served on the Cumberland City Council.

He was preceded in death by his parents, Wilbur and Bea Heckman; a brother, Terry Heckman, a grandson, Kevin Marshall and his father-in-law and mother-in-law, Max and Margret McDowall.

He is survived by his wife, Rae Heckman of Cumberland; his children, Mark A. Heckman, Jr. of Cumberland, Karen Stine (Scott) of Garland, Texas, Chery Fuoss (Kevin) of Cumberland and Tanya Marshall (Jebidiah) of Brayton; ten grandchildren; one brother, Max Wayne Heckman of Creston; other relatives and friends.

To order memorial trees or send flowers to the family in memory of Mark Heckman , please visit our flower store.
Send a Sympathy Card