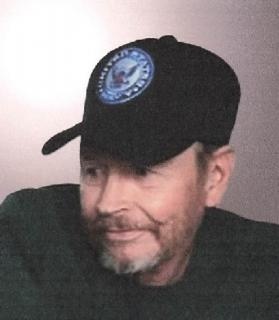 Celebration of Life Graveside Services: Will be held on Saturday, May 30, 2020, at 1:00 p.m. at the Massena Center Cemetery with full military graveside rites by Anita American Legion Post No. 210. Pastor James Hansen will officiate the service. The Steen Funeral Home in Massena is in charge of the professional arrangements.

Due to state and federal guidance on gatherings due to the COVID-19 pandemic, Social Distancing will be practiced.

Memorials: Memorials may be directed to the Massena Fire Department.

Mark Allen Johnson was born August 13, 1951, in Atlantic, Iowa, the son of Richard and Marjorie (Edwards) Johnson. He passed away on Sunday, March 22 2020, at the Cass County Memorial Hospital in Atlantic, Iowa, at the age of 68.

Mark was raised in Massena and during high school was proud he earned Eagle Scout status and was a varsity wrestler. After graduating from Cumberland-Massena High School he attended Brown's Institute of Broadcasting earning a broadcasting license. He served his country in the United States Navy as an air traffic controller and radar operator in Guam during the Vietnam War. He was proud he served his country.

Mark was an auto mechanic and mainly worked for his father and uncle at the Sinclair Service Station in Massena. His significant other was Glenda Hansen-deceased, who he will be buried beside. He enjoyed spending time with his friends and cat Smudge, gardening, cooking, fireworks, boating, and was an avid fisherman until health problems kept him from doing these things. He was a member of the American Legion.

He is survived by his sister, Deb Stoulil and husband Larry of Newton; nephew, Austin Stoulil; three aunts, Barb Queck and husband Bob of Fontanelle, Bev Festa and husband Marco of Fayetteville, North Carolina, and Donna Edwards of Lincoln, Nebraska; other relatives and friends.

To order memorial trees or send flowers to the family in memory of Mark Johnson , please visit our flower store.