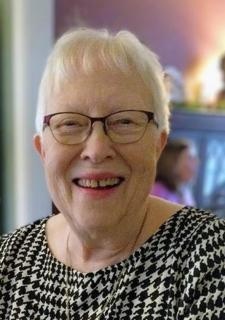 Private Family Graveside Services will be held at this time with a celebration of life service held at a later date.

No Public Visitation will be held.

Memorials: In lieu of flowers memorials may be directed to the Orient Library or to the St. John's Catholic Church in Greenfield.

Lois Marlene Schildberg was born on October 2, 1940 to Jean Iletha (Gardner) & Leroy Jacob Sherley on a farm south of Bridgewater, Iowa. She died on May 17, 2020 at Mercy West Hospital in West Des Moines at the age of 79.

Marlene attended country school in rural Bridgewater and was a member of the school’s final graduating class in 1958. After graduation, she worked in Omaha. In April of 1961, she returned to Greenfield and began working for Schildberg Construction Company, Inc. where she worked until her retirement in 1994.

Marlene married Dennis Schildberg on July 25, 1980. They were the parents of a daughter, Deborah Ann. She was the pride of both of their lives. They lived on a farm near Orient. After Dennis’s death in 1992, Marlene lived on the farm until moving to West Des Moines in 2006 to be near her daughter and grandchildren.

Preceding her in death were her husband, parents, stepfather Henry “Short” Fleming, and brother, Dick Sherley.

Marlene is remembered by many other relatives and friends, including Bob & Diane (Meyer) Weiland and family.

Family was the most important thing to Marlene. She always made time to attend every game, concert, performance, and graduation and loved supporting her family and cheering them on.

To order memorial trees or send flowers to the family in memory of Marlene Schildberg , please visit our flower store.