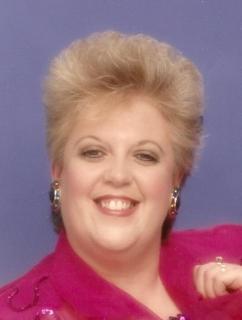 Public Graveside Services: Will be held at the Pleasant Grove Cemetery, rural Fontanelle, Iowa on Friday, June 12, 2020, at 2:00 p.m. Pastor Kevin Warner will officiate the service. Due to COVID-19, Social Distancing will be practiced. The Steen Funeral Home in Fontanelle is in charge of the professional arrangements.

Memorials: May be directed to the Marvel Chapman memorial fund to be established by the family at a later date.

Marvel was raised in Des Moines and attended Wilson Junior High and graduated from Des Moines Technical in 1964. On April 17, 1965, she was united in marriage to Richard Ronald Chapman in Creston, Iowa. To this union three children were born: Tina, Chad and Todd.

Marvel lived in Des Moines her entire life. She worked as an administrative assistant for Equitable Insurance and Preferred Risk Insurance, retiring in 2002. She enjoyed shopping, collecting jewelry and collecting anything Elvis.

She was preceded in death by her parents and her daughter, Tina L. Chapman.

She is survived by her husband, Richard Chapman of Des Moines; two sons, Chad Chapman and Todd Chapman both of Des Moines; three grandchildren; one brother, Melvin T. Moore, Jr.; other relatives and friends.

To order memorial trees or send flowers to the family in memory of Marvel Chapman , please visit our flower store.
Send a Sympathy Card