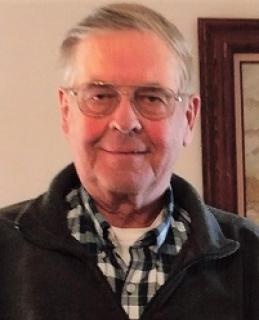 Funeral Services: Will be held on Wednesday, April 7, 2021, at 11:00 a.m. at the Immanuel Lutheran Church in Greenfield with burial in the Greenfield Cemetery. The Rev. Dr. Keith Schweitzer will officiate the service. The Steen Funeral Home in Greenfield is in charge of the professional arrangements.

Memorials: To the Marvin Hopf memorial fund to be established by the family at a later date.

Marvin George Hopf, son of Theodore and Martha (Nunke) Hopf in rural Montgomery County, Iowa, on April 28, 1945. He passed away on Friday, April 2, 2021, at the Mercy Medical Center in Des Moines, Iowa, at the age of 75.

Marvin was baptized and confirmed at Immanuel Lutheran Church in Greenfield. He attended school at Richland and graduated from Orient-Macksburg High School in 1962. He joined the Army Reserves from July of 1965 to June of 1971. He was united in marriage to Evelyn Krauss on January 24, 1971. To this union two children were born: Denise Lynn and Brian Paul.

Marvin farmed his whole life, first with his parents and then he purchased a farm in 1970 and continued to farm with his wife and parents. He was a hard working farmer raising corn, bean, hay, cow-calf herd and hogs. He enjoyed hunting, tinkering with old John Deere tractors and spending time with his family, especially his grandchildren. He would help anyone in time of need and enjoyed visiting with friends. He was Richland Township clerk for 30 years, served on the O-M School board, served on the ASCS committee and was a member of the Immanuel Lutheran Church.

He was preceded in death by his parents; father and mother-in-law, Elmer and Martha Krauss; and son, Brian Hopf in September of 2018.

He is survived by his wife, Evelyn Hopf of Orient; daughter, Denise Ackerlund and husband Aaron of Madrid; daughter-in-law, Crystal Hopf of Stanton; five grandchildren, Evan, Corinne, & Logan Hopf and Anthony and Andrew Ackerlund; other relatives and friends.

To order memorial trees or send flowers to the family in memory of Marvin Hopf , please visit our flower store.