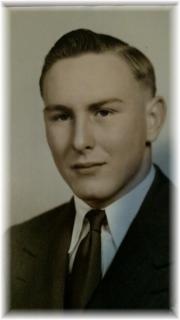 Funeral Services: Will be held on Thursday, April 23, 2015, at 10:30 a.m. at the United Methodist Church in Fontanelle with burial in the Fontanelle Cemetery. Full military graveside rites will be conducted by the Fontanelle American Legion Carlson Post No. 247. A luncheon will be held at the church following the committal services. Pastor Cathy Nutting will officiate the service.

Family Visitation: The family will greet friends on Wednesday evening at the Steen Funeral Home in Fontanellle from 6:00 to 8:00 p.m.

Memorials: Memorials may be directed to the Marvin Warner memorial fund to be established by the family at a later date.

Marvin Duane Warner was born May 12, 1933, in Adair County Iowa, the son of Ross and Ruby (Johnson) Warner. He passed away on Friday, April 17, 2015, at the Good Samaritan Society in Fontanelle at the age of 81.

Marvin attended Country School and graduated from Fontanelle High School with the class of 1950. He joined the United States Army in 1953-1955 serving at Ft. Leonardwood, MO and in Germany. While home on leave he was united in marriage to Edith McDowall on October 31, 1953, in the Highland United Methodist Church north of Fontanelle. To this union four children were born: Kelly, Todd, Daniel and Dalene. Marvin worked for Cummins Construction in Fontanelle for many years as a heavy equipment operator and retired in 2012. His second marriage was to Sheryl Comley in Ardmore, OK. on January 26, 1976. Sheryl had two sons, Rob and Randy Comley.

To order memorial trees or send flowers to the family in memory of Marvin Warner , please visit our flower store.
Send a Sympathy Card