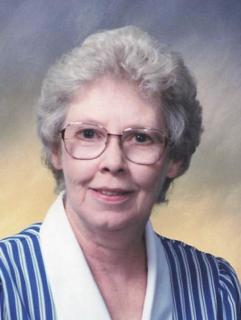 Per Pat’s wishes private family graveside services will be held. The Steen Funeral Home in Greenfield is in charge of the professional arrangements. family at www.steenfunerals.com.

Memorials: May be directed to the Pat Cooper Memorial Fund to be established by the family at a later date.

Mary Patricia “Pat” Cooper was born on April 7, 1939, the daughter of Ernest Wayne and Catherine Ann (O’Brien) Kearns in Lincoln Township, Adair County, Iowa. She passed away on Saturday, July 24, 2021, at the Mercyone Medical Center in Des Moines, Iowa, at the age of 82.

She attended country school in Jefferson Township, St. Mary’s School in Stuart and graduated from Stuart High School. On August 30, 1958, she was united in marriage to Chester Cooper at the All Saints Catholic Church in Stuart. To this union three children were born: Tom, Cyndi and Chet. They later divorced in 1976 and she remained single the rest of her life.

Pat spent nearly all of her life in the Stuart area. She always lived within a few miles of Stuart- on a farm south of Stuart, then moving to Happy Acres/Diamondhead near Dexter for 10 years and then to her home of 44 years on North Gaines Street in Stuart. She had worked for Bell Telephone for a number of years, housewife, various part time jobs, and after her divorce she became the manager of 4-Sons Handy Shop in Stuart a position she remained in until December 16, 1988, sometimes working 60-80 hours a week along with raising three children. On March 6, 1989, she got what she described as her dream job as an accounting clerk for the city of Stuart and later was assistant city clerk. She retired on July 30, 2004.

Pat enjoyed her yard, cooking, baking, crocheting, reading, relaxing, loved flowers, was the biggest Conway Twitty fan, and probably if the truth be told worrying about her children and grandchildren could be considered a hobby.

She was preceded in death by her parents; daughter, Cyndi Lamb in 2010; brother, James Kearns; and sister, Sandra Kearns Bash.

She is survived by her two sons, Tom Cooper and Chet Cooper both of Stuart; granddaughter, Alicia Lamb of Stuart; grandson, James Lamb of Des Moines; other relatives and friends.

To order memorial trees or send flowers to the family in memory of Mary Cooper , please visit our flower store.
Send a Sympathy Card