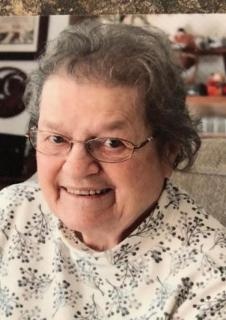 Funeral Services: Will be held on Sunday, November 21, 2021, at 2:00 p.m. at the United Methodist Church in Fontanelle with burial in the Winterset Cemetery in Winterset. A luncheon will be held at the church following the burial. Pastor Melodee Carstens will officiate the service. The Steen Funeral Home in Fontanelle is in charge of the professional arrangements.

Memorials: Memorials may be directed to the Mary Lou Livingston memorial fund to be established by the family at a later date.

Mary Lou Green Livingston was born June 19, 1931, on a farm near Zion, Iowa to Nellie May Green. Mary Lou spent most of her life living with her grandparents Harry and Eva Mooney Green. She passed away November 17, 2021, at the Greenfield Manor at the age of 90.

Her mother's sister, Mildred, and her husband Elmo Bonus helped in Mary Lou's growing up years and were very special to her. Mary Lou lived in Orient not far from the school where she graduated in 1948. Music was one of Mary Lou's favorite subjects in school and she enjoyed it her entire life. She attended the Orient Methodist church where she sang her first solo, “Have Thine Own Way Lord,” her favorite song.

While in high school, Mary Lou helped clean house for a couple who lived on a farm near Zion. She sang at the little country school one year to help the teacher with her Christmas program, where she met her future husband, Rex. After graduation, she worked in the office of the Thomas D. Murphy company in Red Oak.

Mary Lou and Rex were married January 1, 1950, at the Orient Methodist church. To this union, six children were born. They lived and worked on different farms in Adair and Union counties, except for the short time they lived in North Carolina while Rex was in the service.

Mary Lou was quite the seamstress, making many of her family's clothes and taught both of her daughters to sew. She made each of her adult children and 10 grandchildren a quilt she had embroidered and quilted by hand.

Rex and Mary Lou moved to Fontanelle December 11, 1999. They enjoyed living in the small town, often watching people pass by as they sat on their deck. They moved into the Greenfield Manor April 1, 2017, and shared a room there until Rex passed away in 2019.

To order memorial trees or send flowers to the family in memory of Mary Lou Livingston , please visit our flower store.
Send a Sympathy Card