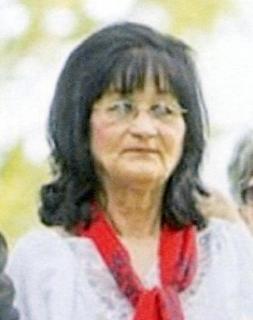 Funeral Services: Will be held on Tuesday, September 15, 2015, at 10:00 a.m. at the Steen Funeral Home in Massena with burial in the Massena Center Cemetery, north of Massena. A luncheon will be held at the Legion Hall in Massena following the burial.

Family Visitation: The family will greet friends on Monday, September 14th, at the Steen Funeral Home in Massena from 4:00 p.m. to 6:00 p.m.

Memorials: To the Mary Lou Ranney Memorial Fund to be established by the family at a later date.

Mary Lou Ranney was born November 21, 1947, the daughter of Darold and Ruby Lee (Richardson) Hardisty in Maryville, Missouri. She passed away on Thursday, September 10, 2015, in Massena, Iowa, at the age of 67.

Mary Lou grew up in Adams County and attended elementary school in Carbon. She graduated from Corning High School in 1967. She was baptized in the Christian Church in Corning. After high school she attended Southwestern Community College in Creston and then went on to work at numerous jobs in Corning and Massena. On May 24, 1967, she was united in marriage to Jon Hill in Corning. To this union two children were born: LeAnn and Michael. On February 9, 1974, she was united in marriage to Dale Ranney in Omaha, Nebraska. Mary and Dale ran a trucking company together in which she still operated today. She enjoyed sewing, gardening, and spending time with her family and friends, especially her grandchildren.

She was preceded in death by her father; mother and step-father, Ruby and George Munro; and her husband, Dale Ranney in 2013.

To order memorial trees or send flowers to the family in memory of Mary Ranney , please visit our flower store.
Send a Sympathy Card