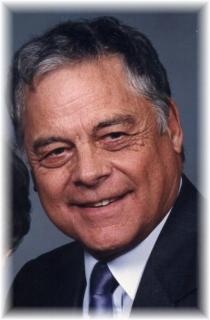 Celebration of Life Services: Will be held on Thursday, March 19, 2015, at 10:30 a.m. at the Frist Presbyterian Church in Greenfield with burial in the Greenfield Cemetery. Full military graveside rites will be conducted by the Greenfield American Legion Head-Endres Post No. 265 and V.F.W. Post No. 5357. A luncheon will be held at the church following the committal services at the cemetery. Pastor David Kincaide will officiate the service.

Open Visitation: Will be held on Wednesday, March 18th, from 2:00 p.m. to 7:00 p.m. at the First Presbyterian Church in Greenfield.

Family Visitation: The family will greet friends on Wednesday evening at the church from 5 to 7 p.m. at the First Presbyterian Church in Greenfield.

Memorials: Memorials may be directed to the Maynard Heinbuch memorial fund to be established by the family at a later date.

Maynard Arlo Heinbuch was born on May 4, 1926 to Henry Heinbuch and Pearl Charlotte (Goetz) Heinbuch on their farm in Richland, Iowa. He passed away on March 9, 2015 at Greenfield Rehabilitation and Health Care Center at the age of 88 after a brief stay.

On November 2, 1947 he was united in marriage to Isabelle Clarene Bittner. After their marriage they lived in Dubuque, Adel, Greenfield, Fontanelle and then on their farm south of Greenfield.

Maynard graduated from Richland High School in 1944. Immediately upon graduation he entered the U.S. Army 31st Infantry Division for 13 weeks of basic training at Camp Roberts, California before being deployed to the Philippines for the duration of World War II. Maynard was honorably discharged in 1946.

Upon returning to Greenfield the Army got him a job in training as a projectionist at a movie theater in Dubuque, Iowa, then Adel when he also started to attend radio and t.v. repair school in Des Moines. He worked at the Grand Theater in Greenfield upon moving back to Greenfield while launching his own repair shop from his home and then eventually opening Heiny’s T.V. & Furniture in Fontanelle & Greenfield, retiring from the business in 1994, but still continuing to farm.

Throughout his life he loved being an entrepreneur running Heiny’s T.V. and Furniture with his wife, owning many rental properties and also farming. In his younger years he liked bowling, shooting pool, playing cards, but his favorite hobby from the time he was a young child until he died was fishing. He also loved to cheer on the Hawkeyes and Chicago Cubs. He enjoyed most of all spending time with his family. His greatest love of all was serving the Lord and his church. He was baptized and confirmed in the Penn Avenue Church and was a member of the United Presbyterian Church in Greenfield for over 60 years serving as a Deacon, Session and the high school Sunday School teacher for many years.

To order memorial trees or send flowers to the family in memory of Maynard Heinbuch , please visit our flower store.