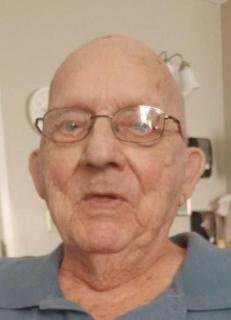 Services will be held at a later date.  The Steen Funeral Home in Greenfield is in charge of the professional arrangements.

Memorials: To the Melvin Burnett memorial fund to be established by the family at a later date.

Melvin Ellis Burnett was born August 10, 1924, the son of Alva Ellis and Reba Irene (Montgomery) Burnett in Fort Madison, Iowa. He passed away on Sunday, February 23, 2020, at the Greenfield Rehabilitation and Health Care Center in Greenfield, Iowa, at the age of 95.

Melvin grew up in Fort Madison, Iowa and graduated from Fort Madison High School. After graduation he served his country in the United States Navy during WW II. Melvin took part to the Normandy Landing and contributed to the Liberation of France from 1944-1945. He set up camp top of beach three days after D-Day. He met his love of his life during his time in the service, Almerinda Almeda, they were married on June 16, 1946, in Fort Madison, Iowa. After the service he worked for the United States Postal Service for over 40 years. He enjoyed building things, he was an artist carpenter, enjoyed traveling and having coffee and dounuts daily.

He was preceded in death by his parents; sister, Marilyn Pillareo; daughter, Becky Robbins; grandson, Charlie; and great grandson, Nico.

He is survived by his son, Ron Burnett and wife Connie of Melrose, Iowa; five grandchildren, Mark, Cherone, Travis, Tiffany and Tracie; 13 great grandchildren; other relatives and friends.

To order memorial trees or send flowers to the family in memory of Melvin Burnett , please visit our flower store.