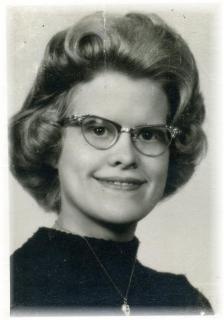 Celebration of Life Services: Will be held on Saturday, March 22, 2014, at 10:30 a.m. at the Steen Funeral Home in Greenfield with burial in the Greenfield Cemetery. A luncheon will be held at the Orient United Methodist Church following the committal services at the cemetery.

Family Visitation: The family will greet friends on Friday, March 21st, from 6:00 p.m. to 8:00 p.m. at the Steen Funeral Home in Greenfield.

Memorials: To the Meridith Blazek memorial fund to be established by the family at a later date.

Meridith Kay Blazek was born on February 18, 1947 in Atlantic, Iowa, the daughter of Martin Wilbur and Betty Marie (Laursen) Skaug. She passed away on Tuesday, March 18, 2014, at the Atlantic Nursing and Rehab Center in Atlantic, Iowa, at the age of 67.

Meridith has lived in or near Marne twice, Carson, Walnut, Lewis, Atlantic, Prescott, Creston, Anita and Orient, Iowa. She graduated from Atlantic High School in 1965. She then went on and graduated from Southwestern Community College in Creston on June 8, 1967. On June 11, 1967, she was united in marriage to Vern Wayne Blazek in Creston, Iowa. Meridith met Vern on a blind date. She didn’t know he was coming! To this union five children were born: Carol Sue, Irene Kay, Linda Ann, Glenda Marie and Martin Wayne.

She was preceded in death by her parents; daughter Carol Sue; brother (stillborn); and her mother and father-in-law.

To order memorial trees or send flowers to the family in memory of Meridith Blazek , please visit our flower store.