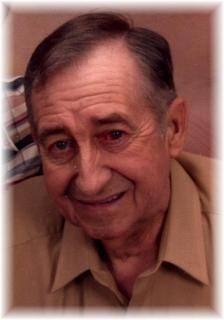 Services: Will be held at a later date. The Steen Funeral Home in Fontanelle is in charge of the professional arrangements.

Memorials: To the Merrill Hall memorial fund to be established by the family at a later date.

Meriel Gene Hall was born March 6, 1947 to Milford “Sam” and Marie (Rohner) Hall in Greenfield, Iowa. He passed into Heaven on March 23, 2012 at the Iowa Methodist Hospital in Des Moines, Iowa of pneumonia and respiratory disease at the age of 65.

Meriel “Sammy” completed his formal education at Bridgewater-Fontanelle Community School in May of 1966. He entered into the US Army in January 1967 and completed his army tour in August 1969. He was awarded the National Defense Service Medal, Vietnam Service Medal, the Distinguished Purple Heart, Overseas Service Bar and Marksman Rifle. He was affiliated for forty three years with American Legion, Post 247 of Fontanelle, Iowa and a lifetime member of the 11th Armored Calvary’s Veterans of Vietnam known as The Blackhorse Troopers. Upon return from the Army he was employed at the Farmers Lumber Company in Fontanelle from the fall of 1969 to 1972. In 1972 he became a fulltime farmer with his folks Sam and Marie, a lifetime dream fulfilled. In November, 2000 he became employed with Adair County Secondary Roads in Greenfield along with farming until November 2007, when ailing health required early retirement. He was a member of the Emmanuel Lutheran Church in Fontanelle.

Meriel (Sammy) married Janene (Jeanie) Marquis at the Fontanelle Emmanuel Lutheran Church on December 18, 1969. They moved to the Hall family farm north of Fontanelle where Meriel was raised and lived until his death. Meriel enjoyed numerous activities thru the years but his favorite was going to local farm sales to find bargains and to visit with others.

He was preceded in death by his parents, Sam and Marie Hall and sister-in-law, Joanne Chesnut.

In Loving Memory of My Husband

God looked around in Heaven and found the perfect

place. He looked down on earth and saw your

sweet tired face. He put his arms around you and lifted

you to rest. God’s garden was beautiful. He always

takes the best. He saw the road was getting rough and

the hills were hard to climb so he closed your weary

eyelids and whispered “peace be thine.”

It broke our hearts to lose you, but you didn’t go alone.

For part of us went with you the day he called you home.

To order memorial trees or send flowers to the family in memory of Meriel Hall , please visit our flower store.
Send a Sympathy Card