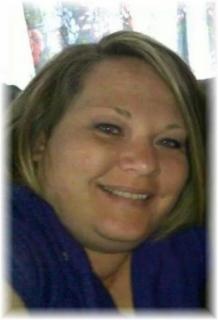 Funeral Services: Will be held on Wednesday, February 19, 2014, at 10:30 a.m. at the United Methodist Church in Greenfield with burial at the Greenfield Cemetery. A luncheon will be held at the church following the committal services. Pastor Eric Schubert will officiate the service.

Family Visitation: The family will greet friends on Tuesday evening from 6 to 8 p.m. at the Steen Funeral Home in Greenfield.

Memorials: To the Michelle Miller-Woods memorial fund to be established by the family at a later date.

Michelle Lynn Miller-Woods was born April 4, 1974, the daughter of Gary Lee and Kathleen Lynn (Urquhart) Miller in Greenfield, Iowa. She passed away on Wednesday, February 12, 2014, at her home in East Moline, Illinois, at the age of 39.

Michelle was raised in Menlo until the 6th grade when her family moved to Greenfield. She graduated from Greenfield High School in 1992 and then graduated from Denison Job Corps in Denison, Iowa. She worked and lived in Des Moines for several years before moving to East Moline, Illinois. On April 13, 2001, she was united in marriage to Willie Woods III. To this union three children were born: Sativa, Trai and Kathleen.

Michelle was confirmed in the Greenfield United Methodist Church. She worked for Vonachen Services Inc. and the National Bank in Davenport. Her life revolved around her children and work.

She was preceded in death by her father, Gary Lee Miller; sister, Tiffany Miller (stillborn); and grandparents, Glenn Urquhart, Glen and Agnes Miller and Oscar Schultz.

To order memorial trees or send flowers to the family in memory of Michelle Woods , please visit our flower store.