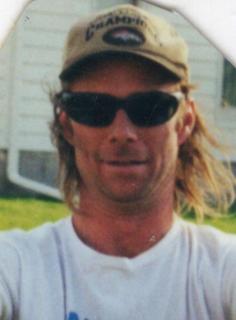 Funeral Services: Will be held on Wednesday, July 21, 2021, at 10:30 a.m. at the United Methodist Church in Greenfield with burial at the Greenfield Cemetery. Pastor Melinda Stonebraker will officiate the service. The Steen Funeral Home in Greenfield is in charge of the professional arrangements.  There will be reserved seating for the class of 1979.

Memorials: May be directed to the Mike Wessel Memorial Fund to be established by the family at a later date.

His name was to be Kevin Michael but Albert wrote it wrong on the birth certificate. As a kid Mike grew up on his parent’s farm that was 8 miles east of Greenfield on the Stuart Road. Mike loved to help his dad on the farm but didn’t really like to help his mom in the garden, he would rather be with his dad on the tractor. As Mike got older he would wait until mom and dad would leave and he and Chris would sneak off on the tractor. Mike would have to miss school to help on the farm and he loved it, the school complained and Betty went in and gave them a what for lecture and they never complained again about him missing any more school. After graduation he moved to Colorado and lived with his brother, Jeff for a while. He had a lot of crazy times out there to say the least. He moved back to Greenfield in 1988. Mike did harvest for Randy Caviness for the past twenty plus years. He met the love of his life and best friend, Rita Parrott. After only a little over a year of dating they were both very surprised they were going to be parents and a bigger shock when they heard it was twins. Rita has a daughter, Ashley when they met and Mike automatically claimed her as his daughter, so going from bachelor party pad to holy crap I have a kid and two on the way. The twins, Kevin and Kaleb, were born in October of 1992 and not long after they welcomed a daughter, Kayleigh in 1993. Mike and Rita spent 30 years together on March 16, 2021.

Mike loved being a dad and got even more excited when Ashley blessed them with two grandsons. Mike was all about his kids and grandkids, he loved them and Rita to the moon and back. He enjoyed hanging out with buddy’s and looked forward to his Friday drives with Greg Newbury.

He was preceded in death by his mother, Betty Wessel; father-in-law, Herbert and Sherry Parrott; and two sisters-in-law, Teena Parrott and Zena Lyman.

To order memorial trees or send flowers to the family in memory of Mike Wessel , please visit our flower store.
Send a Sympathy Card