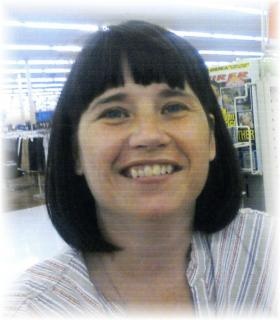 Memorial Services: Will be held on Saturday, January 7, 2012, at 5:00 p.m. at the Steen Funeral Home in Greenfield with pastor Charles Layton officiating.

Memorials: To the Mindi Duckworth Grasty memorial fund to be established by the family.

Mindi Ann Duckworth Grasty was born March 12, 1967, to Ronald Lee and Christenia Ann (Mace) Duckworth in Parkersburg, West Virginia. She passed away on Saturday, December 31, 2011, at her home near Greenfield, Iowa, at the age of 44.

Mindi was raised and educated in Williamstown, West Virginia and moved to Des Moines, Iowa, in June of 1980. She finished high school at Lincoln High School in Des Moines and then attended Iowa State University in Ames, Iowa. She loved her horse Mystic and little dog Flash, which she called baby boo. She enjoyed feeding cattle and especially riding with Dave in the Semi and on his motorcycle.

She was preceded in death by her father, Ronald Lee Duckworth.

To order memorial trees or send flowers to the family in memory of Mindi Grasty , please visit our flower store.
Send a Sympathy Card