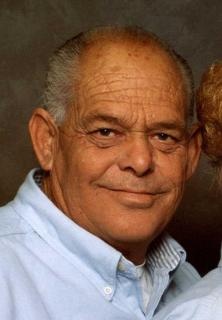 Funeral Services: Tuesday, September 28, 2010, at 1:00 p.m. at the Steen Funeral Home in Fontanelle with burial in the Fontanelle Cemetery with full military graveside rites by the Fontanelle American Legion Carlson Post No. 247.

Memorials:  May be directed to the Nolan Alden Memorial Fund in care of the Steen Funeral Home, P.O. Box 390, Greenfield, Iowa 50849.

Nolan was raised in Colorado and went to school for Fireman’s Fund Insurance. He served in the U.S. Army from 1966 to 1968 being discharged as a vehicle maintenance mechanic. He was united in marriage to Darleen Lassater on December 7, 1969, in Virginia City, Nevada. They lived in California until 1980 and then moved to Arizona and then Iowa, where they bought there first home. He worked for Fireman’s Fund and was a transport driver and was forced to retire in 2000 to go on disability.

He loved eagles, computers, cooking, making new things, working on cars, going to auctions woodworking, but loved to spend time with his grandchildren. The most important thing to him was his family and dog, little foot.

He was preceded in death by his parents; wife, Darleen in 2009; brother, Robert Alden; and niece, Lori Nunn.

To order memorial trees or send flowers to the family in memory of Nolan Alden , please visit our flower store.