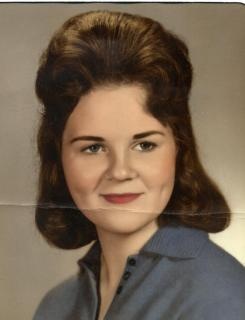 Family Visitation: The family will greet friends on Monday evening June 4th, from 6:00 to 8:00 p.m. at the Steen Funeral Home in Greenfield.

Memorials: Memorials may be made to the Norma Baudler memorial fund to be established by the family at a later date.

Norma attended the Menlo school where she was a cheerleader and graduated in 1960.

On June 4, 1961 she was united in marriage to Loren Baudler at the Emmanuel Lutheran Church in Fontanelle and became a farm wife. To this union two sons: Todd Ray and Matthew Loren. Norma and Loren later divorced in 1984.

She went from high school to married life on the farm to living in town working odd jobs. Living all her life in Southwest Iowa eventually settling in Greenfield where she retired from Cardinal IG after 20+ years with the company.

Norma was a strong, loving, generous, determined women with a big heart and a smile to match who went above and beyond for her loved ones. She enjoyed spending time with her family and friends. Some of her favorite memories consisted of Sunday dinners, holidays and birthday parties. She also enjoyed reading, gardening, garage sales, antiquing, shopping, coloring, any excuse to have Matt cook, and spending time with the grandkids. Norma was the backbone of her family and will be dearly missed. Her greatest joy was being a mother and grandmother.

She is preceded in death by her parents Hilda and Dwight Trent and Roy Petersen; son Todd Baudler; brothers Dale Petersen and LaVerne Trent.

She is survived by her son Matthew Baudler (Wendy) of Panora; 8 grandchildren, Marie and husband Michael Warner of Greenfield, Miranda and friend Jarad Abbenhaus of Terril, Mandy of Schaller, Spencer, Shayley, Sofia, Mya, Jack and grand-dog Oreo of Panora; great-grandson Jesse; and great grand-dog Jax; two sisters Judy Knutsen of Atlantic and Patty Gette and husband Steve of Oregon; along with many other relatives and friends.

To order memorial trees or send flowers to the family in memory of Norma Baudler , please visit our flower store.