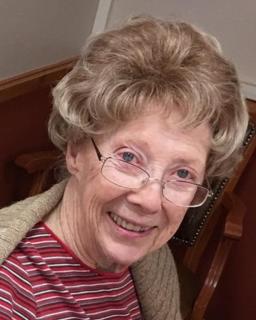 Funeral Services: Will be held on Friday, June 14, 2019, at 1:00 p.m. at the Steen Funeral Home in Greenfield with burial in the Greenfield Cemetery. Father James Ahenkora will officiate the service.

Memorials: May be made to the Patricia Cunningham Draeger memorial fund to be established by the family at a later date.

Patricia Cunningham Draeger was born in Greenfield, Iowa on Nov. 16, 1925. At an early age she moved to the San Francisco Bay area. She was a flight attendant with United Air Lines for many years. And later joined the team at Pacific Gas and Electric where she worked until her retirement. Patricia retired after 25 yrs. of service as an administrative secretary. She traveled extensively all over the world but her real vacation love was Mexico. She remained in the Bay area until 2013 when she moved to Bishop, Ca to live with her cousin and husband, Sharon & Downing Morgan. A year ago her cousins moved her to Seal Beach, Ca where they were moving. She lived there in a beautiful assisted living facility until her passing.

To order memorial trees or send flowers to the family in memory of Patricia Draeger , please visit our flower store.
Send a Sympathy Card