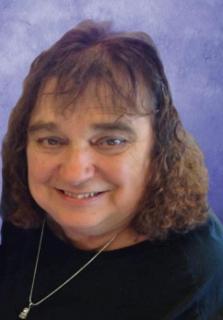 Memorials: Memorials may be made to the Patricia Schafer memorial fund to be established by the family at a later date.

Patricia (Patti) Lynn Schafer was called to Heaven on Wednesday, October 20, 2021, at her home south of Massena, Iowa. She passed peacefully surrounded by her family. She was born on September 11, 1950, the daughter of Samuel and Willa (Davis) Boatwright in Shenandoah, Iowa.

After graduating from Shenandoah High School she attended business school in Kansas City, Kansas. Following business school, Patti returned to Shenandoah where she met her future husband, Ron Schafer, at a dance. They were married on September 12, 1970.

Ron and Patti resided in Corning, Iowa, from 1970-1993 where they were blessed with nine children. In 1993, the couple moved to Massena where they currently reside. Patti was a hard worker inside and outside the home with a varied career. She had a way of caring for everyone in her life…from her residents at Country Haven to the students and faculty at the school. Her true passion was her family including her 19 grandchildren, who held a very special place in her heart. She also enjoyed doing crossword puzzles and watching game shows in her free time.

She was preceded in death by her parents; infant daughter, Laura Schafer; sister-in-law, Marilyn Schafer; and brother-in-law, Edward Schafer.

To order memorial trees or send flowers to the family in memory of Patricia Schafer , please visit our flower store.
Send a Sympathy Card