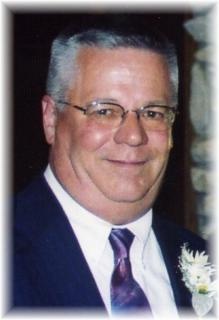 Funeral Services: Will be held on Friday, May 23, 2014, at 11:00 a.m. at the United Methodist Church in Greenfield with burial at the Greenfield Cemetery. Full military graveside rites will be conducted by the Greenfield American Legion Head-Endres Post No. 265 and V.F.W. Post No. 5357. A luncheon will be held following the committal services at the church.

Open Visitation: Will be held at the Greenfield United Methodist Church in Greenfield on Thursday, May 22nd, from 2:00 p.m. to 8:00 p.m.

Family Visitation: The family will greet friends on Thursday from 5:00 to 8:00 p.m. at the United Methodist Church in Greenfield.

Memorials: May be directed to the Paul Comstock memorial fund to be established by the family at a later date.

Paul McKinley Comstock was born October 22, 1950 to Harold & Bernice (Johnson) Comstock near Afton, Union County, Iowa. During Paul's childhood, the family moved to a farm northwest of Greenfield. Paul graduated from the Greenfield High School with the Class of 1968. Following high school, Paul attended the Southwestern Community College in Creston, Iowa; earning a degree in Automotive Repair in 1970.

In 1969, shortly before final completion at SWCC, Paul started working at Schildberg's Inc. in Greenfield, Iowa as a mechanic. He was promoted a short time thereafter to Service Manager and within a few years earned the responsibility and position as Parts & Service Manager. He has served in this capacity spanning more than four decades; nearing his 45th year with the company. One of Paul's proudest accomplishments with Schildberg's, has been the design, construction and completion of a state of the art, AC Delco branded repair facility just west of Greenfield.

Enlisting in 1970 and Honorably Discharged in 1978, Paul proudly served in the Iowa National Guard. He has been a member of the Greenfield American Legion Head-Endres Post No. 265 and V.F.W. Post No. 5357.

Paul and Carolyn purchased and completely renovated their current home in rural Greenfield. Paul's ability with all aspects of carpentry turned a "crappy old house" into the home they so enjoy. Nothing was more important to Paul than his family. Paul and Carolyn quietly blended two families into one (a VERY large one). The Easter & Christmas hams, the Thanksgiving turkeys or the wonderful summer days; just enjoying the love and laughter of kids, grandkids and the great grand grandchildren made Paul happy. There was never a day when there wasn't some project brewing, sitting still and resting was never a trait associated with Paul. There was always a yard to mow, a garden to tend or a shrub or tree to plant "because it makes your Mom happy" he would say.

Paul's other enjoyments also included trips to the Rocky Mountains. Many a vacation was spent winding up and down a mountain road, where choosing a road less travelled always seemed better. If he hadn't "spooked" Mom with some kind of a steep drop off, the trip just didn't seem complete. Whether it was camping with the kids, long weekends boating in the Ozarks or trips up and down the Missouri River, these were all favorite good things to do. Sometimes just getting out of town for a day or two was all that was needed.

Paul was preceded in death by his parents and his son Chad.

To order memorial trees or send flowers to the family in memory of Paul Comstock , please visit our flower store.