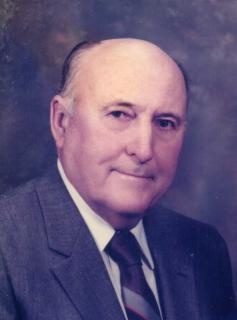 Funeral Services: Thursday, September 22, 2011, at 10:30 a.m. at the Anita United Methodist Church with burial in the Evergreen Cemetery in Anita. A luncheon will be held following the committal services at the Anita Community Center.

Paul William Steele, son of William and Callie (Butt) Steele was born on a farm south of Anita, Iowa, on April 28, 1922. He passed away on Sunday, September 18, 2011, at the Cass County Hospice Center in Atlantic, Iowa, at the age of 89.

Paul started his schooling at the Berea County School and finished by attending the Anita High School graduating in 1939. He was privileged to have his favorite teacher, Ermine Brown for 11 of those 12 years.

On April 27, 1941, Paul was united in marriage to Ruby May Peacock. To this union two children were born, Bruce and Sue Ellen. Paul and Ruby lived on the Steele home place south of Anita for 10 years before moving to their present home north of Greenfield in 1952. Paul farmed for over 70 years.

Paul was on the F.H.A. board, the R.E.C. counting board, and the Hillcrest apartment board. He was a member and on the board of The Cattlemen Association and after serving on the board for 20 years received the "Friend of the Cattlemen Award." He was proud to be inducted into the Iowa 4-H Hall of Fame. Paul had the rare experience of working with three generations during his 40 years as a Weigh Master at the county fair. He sold Dekalb seed corn for 20 years, clerked sales with Ruby for Faye Auction for 17 years and was a Mason for 10 years. His passion was his gardening and taking pride in his yard.

He was preceded in death by his parents; all of his siblings, Louie (Cleo) Steele, Merrit (Alene) Steele, Phyllis (Howard) Gissibl, and LaVerne (Harold) Weaver.

To order memorial trees or send flowers to the family in memory of Paul Steele , please visit our flower store.