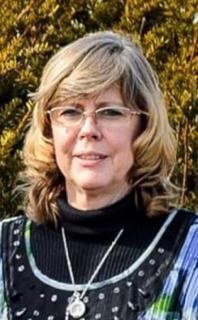 Funeral Services: Will be held on Tuesday, January 5, 2021, at the Emmanuel Lutheran Church in Fontanelle, Iowa, at 2:00 p.m. with burial in the Fontanelle Cemetery. Pastor Steven Broers will officiate the service.

Livestream: Peggy's funeral service will be livestreamed for the public on the Emmanuel Lutheran Church Facebook page.

Memorials: Memorials may be directed to Peggy Jorgensen memorial fund to be established by the family at a later date.

Peggy Sue Jorgensen was born October 5, 1959, the daughter of Allen and Flora (Worley) Bloom in Greenfield, Iowa. She passed away on Wednesday, December 30, 2020, at the University of Iowa Hospital in Iowa City, Iowa, at the age of 61.

Peggy grew up in Greenfield and graduated from Greenfield High School in 1978 and then went on and graduated from Iowa Western Community College in Council Bluffs, Iowa. On November 25, 1977, she was united in marriage to Steve Jorgensen in Fontanelle, Iowa. To this union three children were born: Charlotte, Samantha and Daniel.

Peggy worked for the Corning School District as a sign language interpreter for many years, retiring in 2015. She also worked at the Adair County Health and Fitness Center in Greenfield for many years. She enjoyed Coca-Cola, crocheting and especially playing with her grandchildren. Peggy was a member of the Emmanuel Lutheran Church in Fontanelle.

She was preceded in death by her parents and father-in-law, Ted Jorgensen.

To order memorial trees or send flowers to the family in memory of Peggy Jorgensen , please visit our flower store.