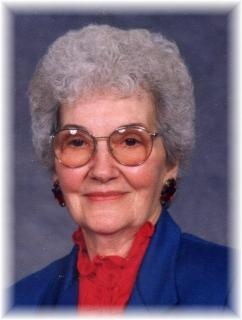 Funeral Services: Will be held on Thursday, January 8, 2015, at 1:30 p.m. at the Orient United Methodist Church with burial in the Orient Cemetery. Pastor Jim McCutchan will officiate the service. A luncheon will be held at the church following the committal services at the cemetery.

Open Visitation: Friends may call at the Steen Funeral Home in Greenfield on Wednesday, January 7th, from 12:00 p.m. to 8:00 p.m.

Memorials: To the Phyllis Campbell memorial fund to be established by the family at a later date.

Phyllis Campbell was born October 24, 1924, to Clifford and Edith (Cleveland) Brown in Guthrie Center, Iowa. She passed away on Saturday, January 3, 2015, at the Creston Nursing and Rehab Center in Creston, Iowa, at the age of 90.

Phyllis was raised in Guthrie Center. She received her GED and then went on to attain a nursing degree at Southwestern Community College in Creston. In 1940, she was united in marriage to Dale Weed. To this union two children were born: Larry and Janie.

In 1959, she was united in marriage to Robert (Bob) Campbell. To this union two children were born: Robin and Robert.

She served as the Director of Nurses for the Greenfield Manor in Greenfield, Iowa for many years. Phyllis was a member of the Assembly of God Church in Creston and the Bridge Club in Orient. She enjoyed gardening, flowers and especially loved her grandchildren.

She was preceded in death by her parents; sister, Norma Jean Brown; husband, Robert Campbell in 1989; and daughter, Robin Sevier in 2005.

To order memorial trees or send flowers to the family in memory of Phyllis Campbell , please visit our flower store.