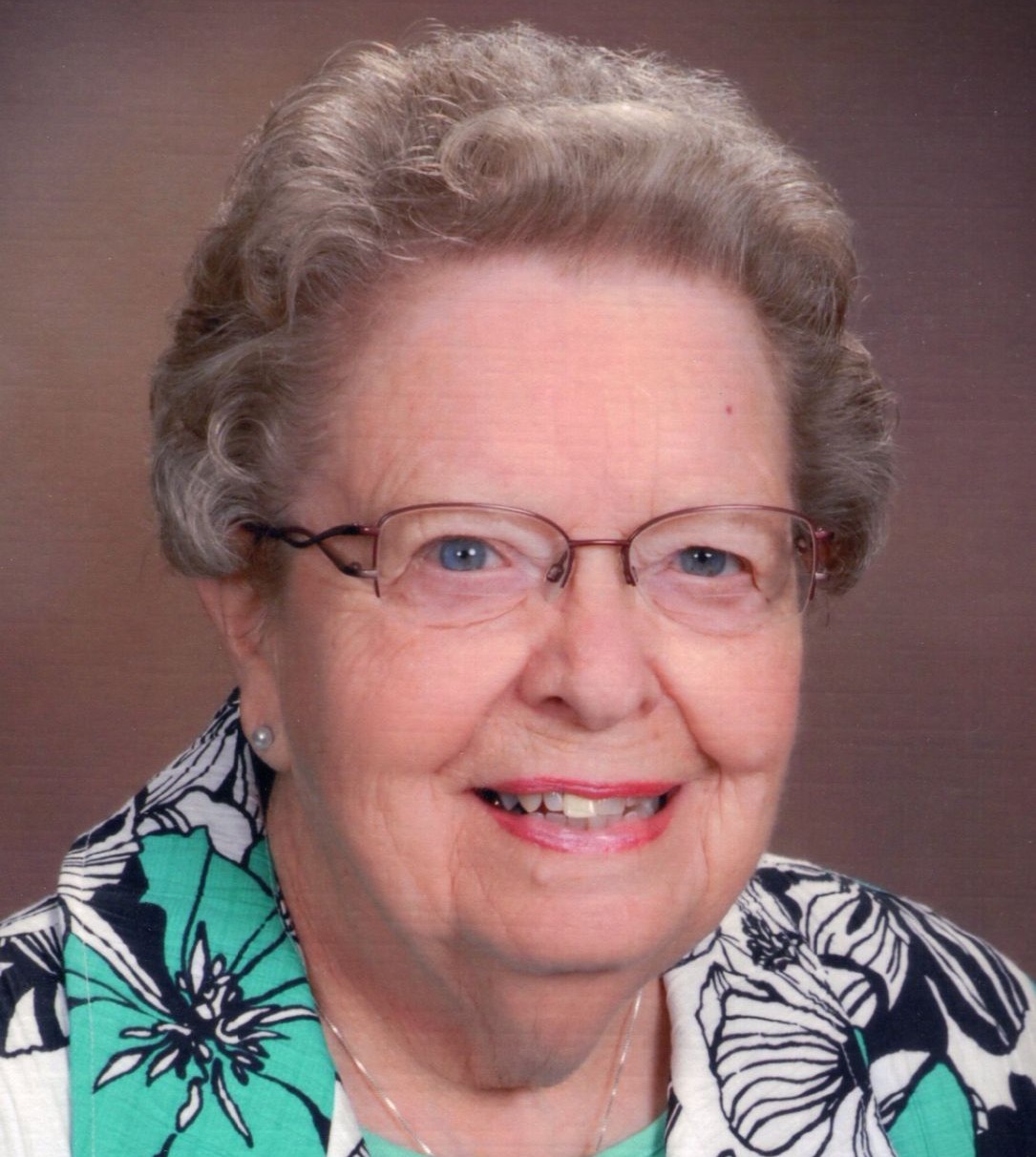 Funeral Services:  Will be held on Tuesday, February 1, 2022, at 10:30 a.m. at the United Methodist Church in Greenfield with burial in the Fontanelle Cemetery.  A luncheon will be held at the church following the burial.  Pastors Samuel Ansong and Melinda Stonebraker will officiate the service.

Memorials:  Memorials may be directed to the Phyllis Jacobson memorial fund to be established by the family at a later date.

Phyllis Jean Campen Jacobson was born on March 26, 1933, the only child of Eimo and Elsie (Wyllie) Campen in Adair County, Iowa.  She passed away on Thursday, January 27, 2022, at her home in Greenfield, Iowa, at the age of 88.

Phyllis attended country school at Washington #8 and #9 through eighth grade.  She graduated from Bridgewater High School in 1951.  After graduation she enrolled at Commercial Extension Business School in Omaha and was employed at C.A. Swanson and Sons.

In 1954, after Max returned from military duty, Max and Phyllis were married, September 26, 1954, at the Christian Church in Bridgewater. They made their home north of Fontanelle, renting farmland from Ed and Estella Zimmerline.  To this union 5 children were born, Stanley Dean, Sherri Jean, Mark David, Roger Lynn and Randall Lee.

Phyllis was a devoted farmwife, helping with whatever was asked of her on the farm and raising the kids.  After the kids were grown, Phyllis worked at the Fontanelle Public Library for close to 20 years starting in 1993 and working with Librarians, who also became very special friends, Linda Jensen and Kaye Marckmann.

Phyllis was an active member of the Fontanelle American Legion Auxiliary for over 63 years.  She helped with many projects including 4th of July floats, Memorial Day activities, informational school programs and sold many poppies.

Phyllis loved to visit with her neighbors, friends and family.  She was always sending cards and writing letters, including her annual Christmas cards. She was also a bird lover, making sure her bird feeders were always full.

She was the best Mom, Grandmother, Great-grandmother and Great-great Grandmother, always ready with a special cookie or a delicious meal.  She loved attending and hearing about her grandchildren’s ballgames, concerts, and other activities.  She also enjoyed watching Cyclone and Hawkeye ballgames.

Funeral service will be livestreamed at: http://youtube.com/GreenfieldIowaUMC

To order memorial trees or send flowers to the family in memory of Phyllis Jacobson, 88, of Greenfield, please visit our flower store.
Send a Sympathy Card

The funeral will be livestreamed on http://youtube.com/GreenfieldIowaUMC