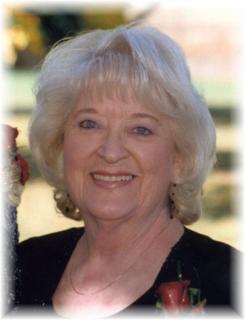 Graveside Services: Will be held on Saturday, April 4, 2015, at 1:00 p.m. at the Greenfield Cemetery. Pastor David Kincaide will officiate the service.  The Steen Funeral Home in Greenfield is in charge of the professional arrangements.

Family Visitation: The family will greet friends on Saturday from 11:30 a.m. to 12:30 p.m. at the Steen Funeral Home in Greenfield.

Phyllis Jean Piper went home to be with her Lord and Savior Jesus Christ on March 29, 2015 at State Center Nursing and Rehab Center in State Center, Iowa at the age of 83. Phyllis was born on February 17, 1932 the daughter of James Blaine and Erma Grace (McQuillen) Donnellan in Greenfield, Iowa.

Phyllis lived in Urbandale, Iowa from 1989 to 2007 where she worked in retail management at Pace and at Dahl’s Deli. She lived in State Center, Iowa from 2007 to 2015 with her daughter Nickala (Dale). Phyllis loved flower gardening, bird watching, sewing, knitting, scrap booking, movies and spending winters in Texas with her daughter Tamara (Bruce). She also loved visits to Greenfield to spend time with her son Richard (Diane); her sister Dorothy May; her sister-in-law Norma Donnellan; and her nieces and nephews.

Phyllis is survived by sister-in-laws Norma Donnellan of Greenfield, Iowa and Pat Donnellan of Santa Cruz, California; by her brother-in-law and sister-in-law Dutch and Darlene Piper of Bellevue, Washington; by her children and their spouses; grandchildren Moriah Kouba (Nathan Varner) and Kai Kouba (Hayley); by her great grandchildren Claire and Cameron Kouba; by her numerous nieces, nephews, other relatives and friends.

To order memorial trees or send flowers to the family in memory of Phyllis Piper , please visit our flower store.
Send a Sympathy Card