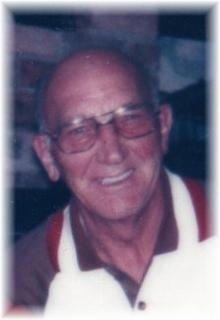 Memorial Services:  Will be held on Saturday, January 11, 2014, at 1:00 p.m. at the Grace Lutheran Church in Adel with Rev. Julie Higgs officiating. Burial will be in the Veblen Cemetery, Veblen, South Dakota at a later date.

Quentin L. Lindell died January 1, 2014 at his home. Quentin was born June 18, 1920 in Veblen, SD to John and Marie (Legreid) Lindell. He graduated from Veblen High School in 1938. He attended South Dakota State University and Iowa State University prior to enlisting in the US Navy in 1942. During WWII he was a Corpsman assigned to the 1st Marine Division and was involved in combat in the south Pacific on New Britain and Peleliu.

Quentin married Dorothy Pelham on December 1, 1945 at Santa Rosa, CA. After working in the dairy industry for several years in Sebastopol, CA, the couple moved to Veblen, SD. There Quentin worked with his brother Milton at the Bank of Veblen until his retirement in 1983. After retiring, Quentin and Dorothy moved to Ocean Springs, MS. Following Hurricane Katrina the couple resettled in Waukee, IA.

Quentin was actively involved with Our Savior’s Lutheran Church Veblen. He was school district treasurer, a member of the volunteer fire department and civic organizations. He was an excellent athlete, enjoyed golf and bowling and many outdoor activities throughout his life. Quentin was committed to his faith and his family. He was a member of Grace Lutheran Church Adel.

He was preceded in death by his parents, and brother Sherman Lindell.

To order memorial trees or send flowers to the family in memory of Quentin Lindelle , please visit our flower store.
Send a Sympathy Card