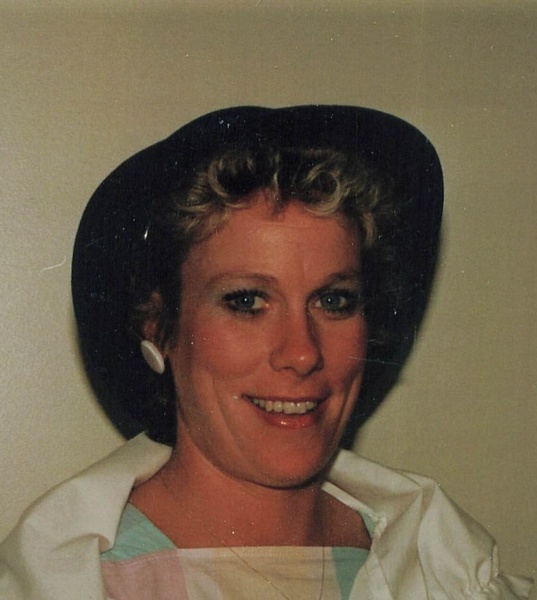 Mass of Christian Burial: Will be held on Friday, February 4, 2022, at 11:00 a.m. at the St. Patrick’s Catholic Church in Massena.  Father Phillip Bempong will officiate the service.  The Lamb Funeral Home of Massena is in charge of professional arrangements.

Luncheon and Fellowship:  Will be held at the church immediately following the services.

Memorials:  Memorials may be directed to the Stephens Center or Open Door Mission in Omaha.

Ramona (Monie) Morrison Murray, passed away on January 30, 2022 at her home in Omaha, NE surrounded by her family.

Monie was born January 3, 1955, in Corning, Iowa.  She was the fifth child of Robert A. and Helen (Coughlin) Morrison.  Monie was the oldest of the set of twins.  Her twin sister, Regina, was so tiny at birth that the girls spent the first month of their life in the Corning Rosary Hospital.

In the early 1970’s, on a horse that her dad bought from the “killers,” Monie was the champion barrel racer in the State of Iowa for 2 years.  It has often been said that she could ride any horse on the face of the earth.

Monie graduated from Cumberland & Massena High School in 1973.  In 1979, she attended Stewart School of Cosmetology in Council Bluffs, Iowa.  She owned and operated Hair Adventure in Wiota, IA.

In 1977, she was united in marriage to Richard Murray.  One child was born to this union, Nicole Lynn Murray.

Monie lived in Omaha with her mother.  She was a great companion and caretaker of her mother.  They had lots of fun playing the slots at the local casinos until covid hit and Monie’s health declined.  She enjoyed attending her grandchildren and great nieces’ and nephews’ music and sports activities.  Some of her favorite things to do were to play old sol (she wore out many decks of cards!) and putting puzzles together.

She was preceded in death by her dad, Robert A. Morrison, a brother-in-law, Robert A. Larson, grandparents, and numerous aunts and uncles.

To order memorial trees or send flowers to the family in memory of Ramona "Monie" (Morrison) Murray, 67, of Omaha (formerly of Cumberland), please visit our flower store.

A Luncheon and fellowship will be held at the church immediatley follow the service.