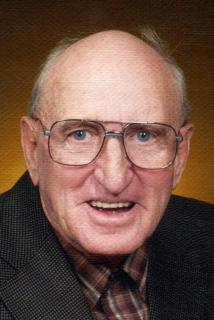 Mass of Christian Burial: Will be held on Tuesday, May 16, 2017, at 1:30 p.m. at the St. John’s Catholic Church in Greenfield with burial in the Fontanelle Cemetery. A luncheon will be held at the church following the committal services at the cemetery. Father James Ahenkora will officiate the service.

Prayer Service: Will be held on Monday at 6:00 p.m. at the Steen Funeral Home in Greenfield.

Memorials: Memorials may be directed to the Fontanelle Fire and Rescue Department.

Richard Vernon Anderson was born at home in rural Adair County, Iowa, on June 13, 1941, the son of Vernon and Mary Ellen (Wagner) Anderson, the oldest of six children. He passed away on Wednesday, May 10, 2017, at the Adair County Memorial Hospital in Greenfield, Iowa, at the age of 75.

Richard attended rural school thru the 8th grade and graduated from Fontanelle High School. After high school he farmed with his father and grandfather. He lived on the farm until he moved into Fontanelle in 2007. He was a member of the St. John’s Catholic Church in Greenfield.

As a final act of generosity Richard became an eye and tissue donor to benefit others.  Memorial contributions are designated to the Fontanelle Fire and Rescue Department.

To order memorial trees or send flowers to the family in memory of Richard Anderson , please visit our flower store.
Send a Sympathy Card