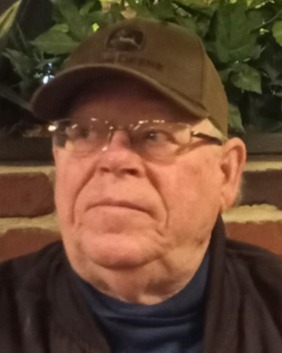 Funeral Services: Will be held on Thursday, December 1, 2022, at 6:30 p.m. at the Trinity Christian Church in Bridgewater.  Pastor Sara Eddy will officiate the service.  The Lamb Funeral Home in Fontanelle is in charge of the professional arrangements.  Online condolences may be left to the family at www.lambfuneralhomes.com.

Memorials:  To the Richard Antisdel Memorial Fund to be established by the family at a later date.

Richard Allen Antisdel was born November 15,1955 at Cass County Memorial in Atlantic, IA to Dean and Lola (McKee) Antisdel. He passed away in his childhood home after battling against cancer on November 26, 2022.

Richard was the youngest of Dean and Lola's four children. He attended Bridgewater-Fontanelle schools and graduated from the high school in 1974. After graduation he continued helping his father on the family farm and eventually moved onto the farm with his wife Daisy and family in 1986. He met Daisy Deanna in June of 1974 and they were united in marriage on February 14, 1975. They were blessed with two wonderful daughters Clover Dawn and Addie Elizabeth.

Richard spent many years doing custom combining for local farmers as well as raising row crops and running a cow-calf operation with his father. He loved being a farmer and raising cattle. He named each one of his cows and knew their individual personalities. When he wasn't busy farming he loved spending time with his daughters and in later years his grandchildren. Richard was an avid storyteller and loved nothing better than a chance to regale his children and others with his childhood antics. He was definitely a mischief maker and got up to all types of shenanigans with friends and family. He could keep you laughing until you had tears running down your face and thought your sides would split.

He never knew a stranger and loved to converse with everyone he met. Richard had a love of history and could easily recall all of the families and neighbors that had settled in the area. He absorbed information from everyone and everything and always said he should write a book. He enjoyed taking his daughters for drives around the area to point out where so & so lived and whose land was who's.

Every chance Richard got to travel was spent following the Oregon Trail and forcing his family to read every historical marker along the way. Unfortunately, he was never able to see the trail's end.

Richard spent many years as a volunteer on the Bridgewater Fire Department and was also a trustee for Washington Township. In later years he mowed the local cemeteries.

Richard is survived by his wife, Daisy of 47 years; daughters Clover McHargue and her husband Kevin and Addie Antisdel and her significant other Joshua Baumgartner; Grandchildren, Skylar, Emma, and Deanna McHargue and Harrison Baumgartner; Sisters, Sherry Kinney and Connie Swanson.

To order memorial trees or send flowers to the family in memory of Richard Antisdel, 67, of Bridgewater, please visit our flower store.