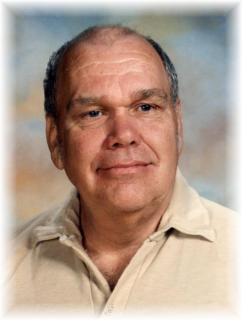 Richard Beaman passed away on Monday, June 24, 2013, at the Greenfield Manor.

Memorial Service: Will be held on Thursday, June 27, 2013, 10:30 a.m. at the Cornerstone Fellowship Church in Greenfield with burial in the Greenfield Cemetery.  Full military graveside rites will be held by the Greenfiled American Legion Head-Endres Post No. 265 and V.F.W. Post No. 5357.  The Steen Funeral Home in Greenfield is in charge of the professional arrangements.

While Richard attended high school in Greenfield, he had a part time job helping the janitors keep the school clean. In 1955 Richard graduated high school and moved on to serve in the military for two years. In 1957 he returned to the schools to work as a janitor and a kindergarten bus driver. He retired at the age of 62.

On June 12, 1964 Richard married Eileen Yarrington. After three years of marriage Richard and Eileen started their family. They had four children, Randy, Susan, Dan and Janet. As the kids got older he loved taking them out fishing and spending time with them. They grew up and started blessing Richard with eleven grandchildren, he loved spending time with each of his grandchildren, watching television with them and teaching them how to garden. If Richard wasn’t fishing you would find him out in his garden. He kept geranium plants in honor of his mother.

He was preceded in death by his parents, Virgil and Anna Beaman; three sisters, Sadie Main, Lavern Sychra and Marion Greenbeck and a brother, Virgil "Skip" Beaman.

The family of Richard Beaman wishes to express their gratitude for all acts of kindness shown to them in their time of sorrow and invites you to join them for a luncheon at the Cornerstone Fellowship Church following services at the church.

To order memorial trees or send flowers to the family in memory of Richard Beaman , please visit our flower store.
Send a Sympathy Card