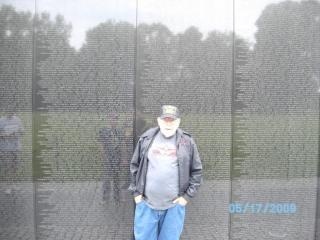 Richard was raised in Adair County, Iowa.  He served his country in the U.S. Army from 1969 to 1972 with one year in the tour of Vietnam.  He was very proud to be a Vietnam Veteran and was awarded the Vietnam Service Medal with two Bronze Stars.  He loved being outdoors, if it was for a drive in the country or sitting at the Bridgewater Lake.  He also like to fish and hunt in his younger years.

He was preceded in death by his parents;

To order memorial trees or send flowers to the family in memory of Richard Burg , please visit our flower store.