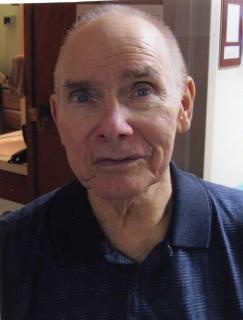 Richard Fritz, 75, passed away on Sunday, August 29, 2010, at the Good Samaritan Society in Fontanelle.

Funeral services:  Thursday, September 2, 2010, at 10:30 a.m. at the Steen Funeral Home in Fontanelle with burial following in the Fontanelle Cemetery.  A luncheon will follow the burial at the Fontanelle United Methodist Church.

Memorials:  To the family.

Richard Eugene Fritz was born March 20, 1935, to Edward Carl and Eva (Jensen) Fredrick on a farm near Creston, Iowa, in Union Township.  He passed away on Sunday, August 29, 2010, at the Good Samaritan Society in Fontanelle at the age of 75.

After the death of his mother Eva Fredrick in 1935 he was adopted by Lillie (Jensen) Fritz and Albert Fritz, his aunt and uncle.  He attended Fontanelle schools.  He worked for his father in the trucking business for a short time.  He was a representative of the Fontanelle Dairy Co. when he was an infant by having his picture on the bottle cap of the old milk bottles – circa 1935-1936.

Richard was caring and funny with much humor.  He had a smile for everyone and enjoyed company.  He was always happy to receive cards, money, candy, and gum.  He also enjoyed music, dancing, bowling, and was a very talented singer when his sisters were present.  He was a devout Christian and attended church regularly.

He was preceded in death by his biological parents; adopted parents; and brother, Robert Fredrick.

He is survived by his three sisters, Betty Brister of California, Raideen Martin of Greenfield, and Mary Ann St. Peter of Scranton, Iowa; many nieces, nephews, other relatives and friends.

To order memorial trees or send flowers to the family in memory of Richard Fritz , please visit our flower store.
Send a Sympathy Card