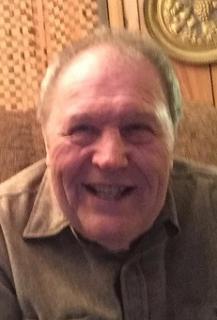 Public Graveside Services: Will be held at the Bohemian National Cemetery, rural Prescott, Iowa, on Monday, November 30, 2020, at 2:00 p.m. Pastor Casey Pelzer will officiate the service. The Steen Funeral Home in Massena is in charge of the professional arrangements.

Memorials: May be directed to the Cumberland United Methodist Church.

Richard Dale Kralik was born November 5, 1934, the son of Frank Arnold and Bessie Pearl (Starry) Kralik in Adair County, Iowa. He passed away on Saturday, November 21, 2020, at the Heritage House in Atlantic, Iowa, at the age of 86.

Dick and started school in Nevinville, Iowa, then a year spent in Adair and finished his schooling in Cumberland. After high school he served his country in the United States Army during the Korean Conflict and was called back a second time. He worked for Dr. Bond and Denham as a veterinary assistant and later for the Co-op and then drove a truck.

Dick was a member of the Cumberland United Methodist Church and the Lions Club. He enjoyed traveling, scrap book of cars as a young boy which he still has.

He was preceded in death by his parents; great niece, Jenna Petersen; and great nephew, Ryan Petersen.

He is survived by his sister, Arlene Petersen; nephews, Brent and Greg Petersen; great niece, Katie (Petersen) Straitother; other relatives and friends.

To order memorial trees or send flowers to the family in memory of Richard Kralik , please visit our flower store.
Send a Sympathy Card